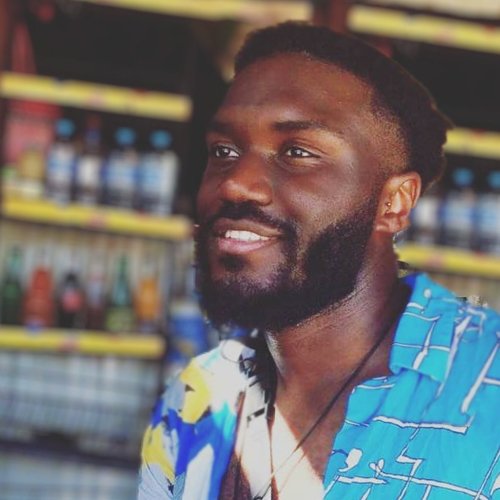 Beya is an assistant producer who works across production and development on documentaries and popular formats. His recent credits include Subnormal (BBC One), a Steve Mcqueen exec’d film; Valley of Drugs (Netflix/CH4) for Raw; and he is currently working on a theatrical doc about the deaths of black people in British police custody. Beya’s aim is to produce and direct documentaries and dramas that are socially conscious, visually captivating and portray a sense of humanity, humour and warmth, while tackling controversial and challenging subject matter with tremendous visual style and journalistic rigour. He was nominated for this programme by Bart Layton and Amy Flanagan.

Previously, having trained as a journalist gained bylines for The Sunday Times Magazine and The Guardian – before becoming the youngest journalist to produce an exclusive story for Sky News, which involved gaining access to the underbelly of Europe’s ‘money mule’ fraud.

Beya Kabelu is a young creative whose ambition is only matched by his drive to get to the top of our industry. He has the rare combination of a creative head for development and story structure, a journalist’s skill for securing sensitive access and a producer’s approach to the practicalities of programme delivery.
Beya came to my attention after Joel Wilson, Eleven Film’s creative director, insisted that I meet a young man with a promising idea and enormous potential – and I was not disappointed. I met a bright guy, who came bearing a well-developed and clever idea for a series, along with exclusive access and an extremely well-written treatment. Beya is the kind of ambitious and entrepreneurial grafter we don’t see nearly enough of and he struck me as someone with solid commercial instincts who will without doubt go the distance.

Beya’s aim is to produce and direct documentaries and drama that are socially conscious, visually captivating and portray a sense of humanity, humour and warmth, while tackling controversial and challenging subject matter with tremendous visual style and journalistic rigour. **

Beya, who mentors three boys from diverse backgrounds, has already exhibited early leadership capability through his outreach work, which sees him speak to children from his former school. After I discussed with him the work I do with Raw, Beya volunteered to help me with my quest to further diversify the TV industry and has valuable thoughts on how to best reach those rarely enticed into TV work.

All of this to say that I am confident that an investment in Beya through an opportunity such as this will be an incredibly sound one!