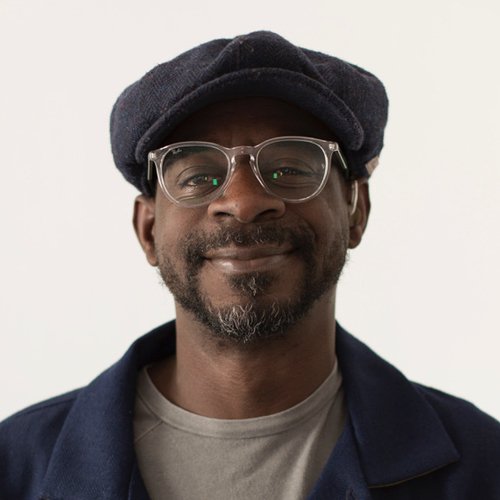 Bim Ajadi is a London based independent filmmaker, who is passionate about telling stories.
2020 saw the release of Here/Not Here, an acclaimed crossover hip-hop drama short, which is currently an entrant in the 2021 BAFTA experimental film category. Bim recently completed ‘Oh Toni!’, a short comedy for BBC Studios. Prior to that he was selected to be part of the 1 year BAME Diverse Directors workshop at the highly respected National Film and Television School (NFTS), which involved making his debut mainstream short fiction film ’The First Time’, a coming- of-age drama through a series teen relationships over a summer.

Credits include ‘Look Up’, a short film co-directed for the London Paralympic Ceremony, a melancholic tale of the disabled sporting heroes. A documentary-drama ‘Dot’, about the life and significance of leading Deaf poet Dot Miles, and I Believe by Yolanda Adams music video that was awarded The Meraki Award for Best Music Video. Bim is a 2020 BAFTA Breakthrough honouree and has been selected for a John Brabourne Award.

Bim has worked in film and television industry for over 15 years. He began his editing career with a Channel 4 disability scheme, then worked at a number of post houses. He honed his craft working with a diverse range of clients with whom he has formed strong, continuing relationships. Bim later fulfilled a lifelong dream to become a director and self-shooter. As a collaborative director he is committed to inspire change and champion the under-represented both behind and front of the camera.

Bim recently directed one of the shorts in the new season of The Break due to TX Feb 2021 on BBC3. He was on BAFTA’s Breakthrough talent list for 2020. I worked with Bim last year and was hugely impressed by his clear vision, his communication skills his ability to work collaboratively with Execs and his passion for the television industry.