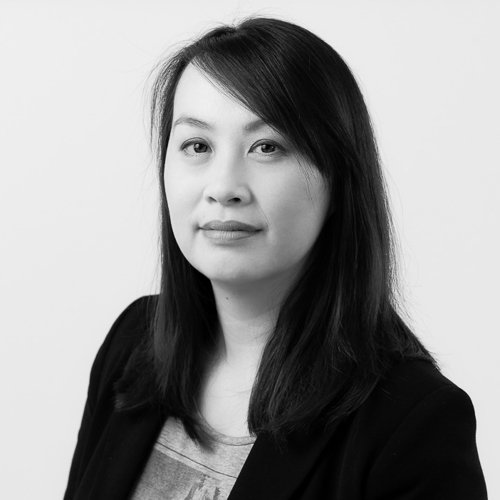 Chi Thai is an independent producer. She has been a Cannes Lions finalist three times. She is a recipient of the BFI Vision Award and is an invited voting BAFTA member. Her current roster includes an TV series adaptation of the Caldecott winning picture book Me… Jane by Patrick McDonnell with four-time Academy nominated animation studio, Cartoon Saloon (Song of the Sea, Wolfwalkers).

She is developing a feature adaptation of Dark Chapter, winner of the Not Booker Prize [2017] by Winnie M Li and The Boy in the Tower by Polly Ho-Yen. Her recent credits includes adaptation of the award winning New York Times Best Illustrated Book of the Year, The Promise, by Nicola Davies & Laura Carlin for the BBC, Netflix Original, Little Miss Sumo, the RTS nominated VR feature, IF, & Automat [Sky], a one-off drama about worker exploitation in a fulfilment centre. Her ambition is to dismantle the conditions that marginalise British stories & storytellers, especially those from the East and South East Asian diaspora.

After years working in the film industry as a producer, coming up time and again against the systemic, racist and sexist obstacles of an overwhelmingly white, male industry, and failing to get past them to make the films she wanted to see, Chi did what most people do not: she did something about it. She co-founded BEATS, an advocacy group intent on equality for British East and South East Asian (BESEA). That’s when I met her, as I was invited to join BEATS. From its inception, Chi has been a driving force in BEATS: conceiving and driving campaigns, motivating us to step up to action, alongside doing the unglamorous but necessary admin jobs to keep us going.

Chi was the brains behind our inaugural Summit, our Fellowship Program, Talent Directory and initially originated the idea of the BEATS Test. Chi does this with compassion and a quiet diligence. She is the first to say “you were brilliant”, or “that was an amazing piece of work”, or more simply “thank you”. Chi manages this on top of being a successful filmmaker. She recently won a coveted BFI Vision award, allowing her to continue making BESEA centred films. In this capacity, Chi seeks out BESEA talent, making sure she knows who the up and coming filmmakers are, alongside developing projects with those with a little more mileage in the industry. This is reflected in her work: amongst her recent credits is Little Miss Sumo, The Promise, Automat, Unseen, British People – all featuring East and South East Asians in front and behind-the-camera. On top of this, she somehow manages to parent two young kids, turning teacher too in these awful Covid times.

I truly believe Chi should be recognised as a Breakthrough Leader as she is a genuine pioneer in the industry: a woman of colour who is not afraid to show, through her actions, how to lead, how to work justly and equitably and how to ensure those coming up behind her have a better landscape to thrive in then she did.