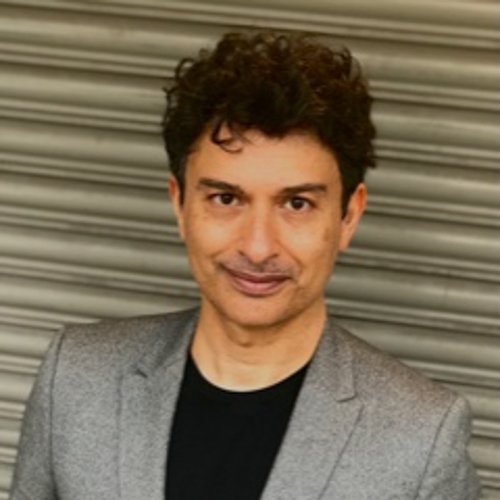 Himesh is a Producer and Co-Founder, with JT Wong and David Chikwe, of Three Tables Productions, a drama production company based in London with an overall distribution deal with eOne. He is passionate about identifying and nurturing talent from around the world, developing ideas into fully realized, award winning productions.

Himesh was Executive Producer of Walk With Me (2017) with Benedict Cumberbatch, which has been released in over 15 countries. Formerly a Senior Executive at the UK Film Council, Himesh was responsible for selecting and overseeing the development, financing and production of over 20 award-winning films including: James Marsh’s Man on Wire (Academy Award, 2009), Amma Asante’s A Way of Life, Noel Clarke’s Adulthood, Sarah Gavron’s Brick Lane and Ken Loach’s The Wind That Shakes The Barley (Palme D’Or, 2006).

Himesh has worked in television and film, and has now set up an indie TV drama producer with 2 partners. He has great creative instincts and a real desire to embrace the global nature of the TV industry. He is thoughtful in the way he approaches projects and content, balancing creativity with a sense of pragmatism. I truly believe that he can become one of our industry’s next leading producers. He has both the ability and desire to learn from others, which means that he’s very suitable to a programme such as this. I think he is a fantastic candidate for you to consider.