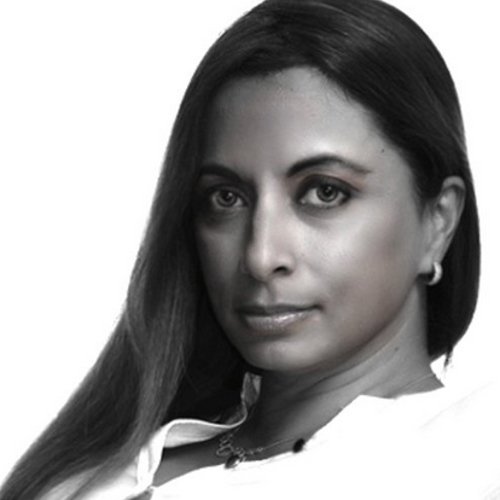 Jasmine Dotiwala has over 25 years of experience as a Head of department, manager, broadcaster, producer, director and columnist at brands like Netflix UK, Media Trust, Channel 4 News, MTV and more. In 2020 she moved into a role working with the Netflix UK Editorial & Publishing team. She continues to support Media Trust programmes.

As a multi-media reporter and producer as well as a reputed D&I specialist, Jasmine developed the industry lauded, ground-breaking Media Trust broadcast trainee programme London360 whose (over 400 to date) diverse alumni have since taken up senior positions all across TV broadcasters and the creative industries in the UK. As Head of Youth Media at Media Trust Jasmine oversaw media training programming from TV Production, to radio podcasting, to vlogging and more, with thousands of young people all across the UK Nations & Regions. She leaves a legacy of diverse talent across the creative industries.

In addition, Jasmine continues to report on ground-breaking Arts and culture stories for Channel 4 News including reports on Stormzy and mental health, TLC and Black Lives Matter and exclusives with music names like J Hus, Charlie XCX, Goldie and more. Simultaneously, Jasmine also reports on Arts & Culture stories for Sky News and appears as a regular panel guest on Jeremy Vine on 5. She also hosted a weekly arts & culture show “The Scene” on BBC Radio London.
Jasmine writes occasional columns and print press opinion pieces for platforms from The Voice (14 years), The Source Magazine, Huffington Post UK, The Metro and more.
Jasmine was a key senior figure at MTV for over 13 years where she went from the early years as an MTV News presenter all across the UK and Europe, to Senior Producer of MTV News, eventually heading up MTV Base and MTV Dance production. She also returns annually to produce at the MTV Europe Music Awards.

Jasmine is a member of the BAFTA voting academy, the Royal Television Society Futures committee, the MOBO Voting Academy and the BPI Equality and Justice Advisory Group committee.

Jasmine is a force of nature in the industry.
She has spent all her career, and in particular the past decade, developing the careers of others – and never putting her own career first.

During ten years at the Media Trust (as Head of Youth Engagement) she has launched the careers of hundreds; always going the extra mile and literally spotting and nurturing a whole generation of truly diverse TV and digital natives.
Jasmine is possibly the best networked person in the business. Her network owe her so much and always step up to mentor her prodigies. She is a huge advocate of mentoring. But bizarrely she has only had the benefit of one (not so useful) mentor way back.
During all this time while working full time for the Media Trust,Jasmine has been very much in demand reporting for C4 News, paper reviews at Sky and on the panel with Jeremy Vine on Channel 5. Jasmine had a fabulous on-screen career at MTV and used all her editorial knowledge to support new entrants. She has put the careers of others before her own. That needs to change.

After years of championing others, Jasmine’s own career is now rightly on the rise again. She has been plucked from the charity sector by Netflix to work her magic at the SVOD. Jasmine now wants to secure a senior mentor who can help her navigate behind the scenes so she can better understand the politics, demands, strategies and commercial imperatives of major broadcasters and organisations. Jasmine is a God in the digital world but needs more mainstream media exposure.
Jasmine is a catalyst for change and hugely dynamic. But because she has spent the majority of the past 10 years in the charity sector supporting brilliant diverse and disenfranchised new talent, she has not risen to the managerial levels in broadcasting she is so capable of.
In return Jasmine would offer any senior mentor a wealth of expertise in digital and youth audiences.