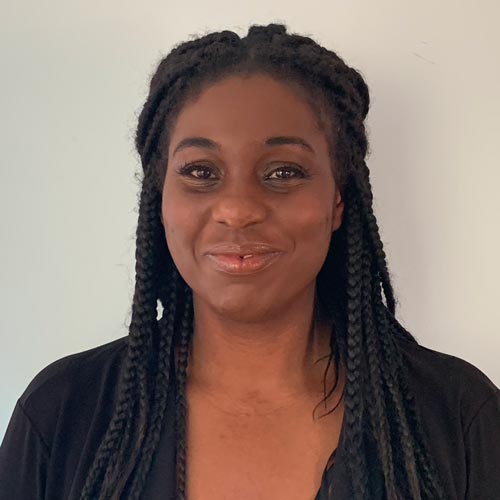 Mesha is a Series Producer and former Senior Producer/ Director and Casting Producer who has worked at production companies including Lime Pictures, ITV Studios,  Monkey Kingdom and Fremantle. Her credits include any array of popular factual, Reality and Entertainment programmes such as The Apprentice, The Only way is Essex, The Voice and Too Hot to Handle.

Rising through the ranks, Mesha’s specialism has been casting where she has unearthed some of TV’s most talked about  stars including the one and only Gemma Collins! Throughout her career Mesha has also enjoyed leading development teams where she has helped win commissions.
She is currently a Series Producer working for regional production company Full Fat Television on a medical series for the Discovery Network. Now in its 3rd series The Bad Skin Clinic is broadcast in 140 countries around the world.

I would like to nominate myself for the future leaders programme as I feel I could really benefit from all it has to offer. I am proud of where I’ve got to in my career, but am determined to continue progressing, rising through the ranks and getting to the very top of this industry. As a black, female, working class Midlands based Series Producer I understand the importance of having more people like me being the key decision makers in this industry. I would certainly value and make the most of this brilliant opportunity.