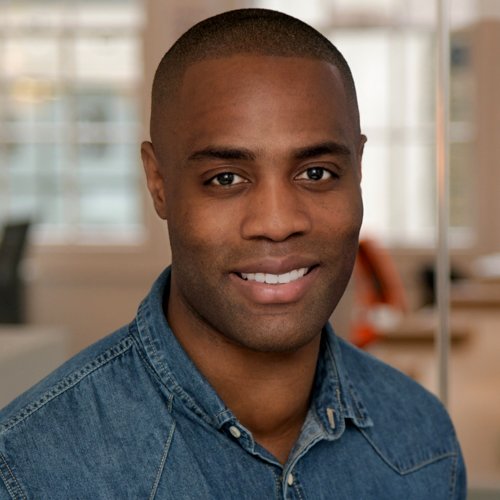 I began my TV career 2004 working at Sky Sport on Soccer AM before moving on to work on a range of shows as a freelancer at companies including RDF Media, Endemol, MTV & Monkey Kingdom. As a freelance producer I’ve worked on many reality and entertainment shows including, Comic & Sport Relief, The Voice, The Mobo Awards, Ant & Dec’s Saturday Night Takeaway. As a Series Producer I’ve worked on The Circle, Love Island & I’m A Celebrity Get Me Out of Here before joining Studio Lambert as a Executive Producer in February 2021.

The Breakthrough Leaders Programme has connected me with so many people in the industry that I don’t feel so alone now. It’s been incredible to share in the successes of other talented creatives.

Nominated by Natalie Rose ,  Freelance and no longer at Naked TV

Stephen has an instrumental producer across almost every juggernaut entertainment format in television over the past 10 years. Not only has he succeeded in producing flagship series like I’m A Celebrity, Big Brother, Saturday Night Takeaway etc, he has been an instrumental part of resurgent heritage formats like Love Island after its long retirement, and has also innovated in new spaces – series producing bit hits like The Circle. His reputation, passion, attention to detail and pursuit of the highest quality programming, has made him a much sought-after producer across entertainment, reality and fact-ent. Now a staff exec at Studio Lambert, I think Stephen would benefit so much from mentorship at a pivotal point in his career and a juncture where is is about to truly shine. Support at this level, and to navigate a very bright future for a brilliant black future leader, would be so wonderfully timed.